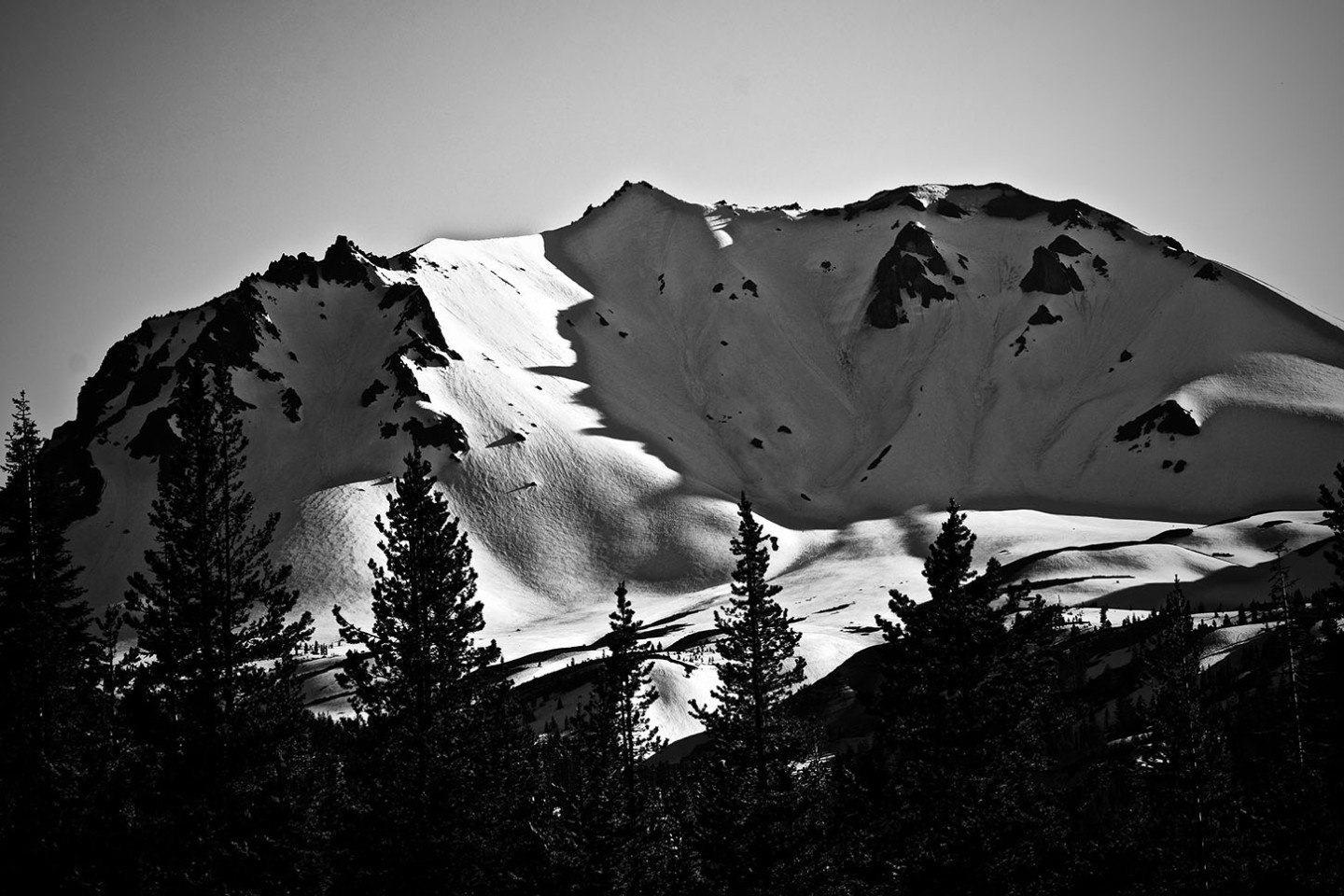 “Don’t dance on a volcano.”

Last May, themountainwife, (AKA Lindsay) and I headed up to Lassen Volcanic National Park for a climb to the summit and a ski descent. We had a great time and enjoyed some amazing views on the way up.

We ran into some of our North Tahoe ski touring group having just summited and back to the parking lot as we pulled in with the camper the night before our climb. They were pumped, basking in the glow of a successful summit-ski and their energy was infectious.

We were hoping for a day as sunny, predictable and successful as our friends had experienced the day before. We awoke and hit the trail just before dawn from the Devastated Area parking lot on the northeast aspect of Lassen Peak.

Lassen Volcanic National Park is a US National Park with active volcanism due to the  subduction of the Gorda Plate, off the coast of California, diving beneath the Northern California coast. The most prominent feature of the National Park is Lassen Peak, elevation 10,457 feet, and the southern-most volcano of the Cascade Range, stretching north into Oregon and Washington. Lassen Peak happens to be the largest ‘plug dome’ volcano in the world. A plug dome volcano is one that grows with more slow viscous, thick lava flow that can plug easily. Volcanic peaks tend to have generally lower angle slopes as approaching the mountain; then rapidly steepening slopes approaching the summit. This peak is similar with a very straightforward approach and route-finding from this NE aspect.

While themountainwife has logged many split board and ski ascents and descents in the backcountry; she has had relatively little experience wearing crampons and using an ice axe while ski mountaineering. We transitioned early and took our time moving deliberately up the steepening slope.

Mixed sunshine and clouds were blowing towards us coming up over the summit. The sun would soften the snow, then clouds would drop the temperature and start to firm everything up again making for quite variable conditions.

Towards the top of the boot pack to the summit, the pitch steepens and I was proud Lindsay continued to forge on ahead. She made great time but continued to move slowly and deliberately; I could hear in her breathing she was focused on each step!

As we reached the summit the winds picked up a bit and some cloud cover settled in. We found some shelter just below the summit and waited for some sun-softened corn snow to shape up.

After nearly an hour on the summit we decided to drop in. A few steep tentative turns, then getting used to some variable corn conditions, we moved skiers right of the summit towards the more northernly, cooler snow. Everything skied great from top to bottom.

As we quickly moved down the mountain we encountered a long stretch of snow that was perfect to set an edge and cruise for days! Smooth soft corn snow. Beautiful for May-skiing in California!

It always looks so easy to find your way through a narrow strip of trees back to the parking lot when you’re looking down on the whole landscape from high on the mountain. You’re perspective is always a little different just a few minutes later when you find yourself wandering through those trees; almost there, almost done.

Basking in the parking lot sunshine and looking back up at the peak. Today was a good day!

I can't believe this was last Monday! Powder skiing in the spring! Check out the blog post, link in bio.
Green on Green.
A Warm Walk on Mt Wood.
Eastside Steppin' - Lurkin' around Lundy.
Good times last weekend on the East side. Photos on blog. Link in bio.
The right place at the right time!

FOR SALE: 650+ Acres of Undeveloped Land Next to Snowmass For Only $50 Million!