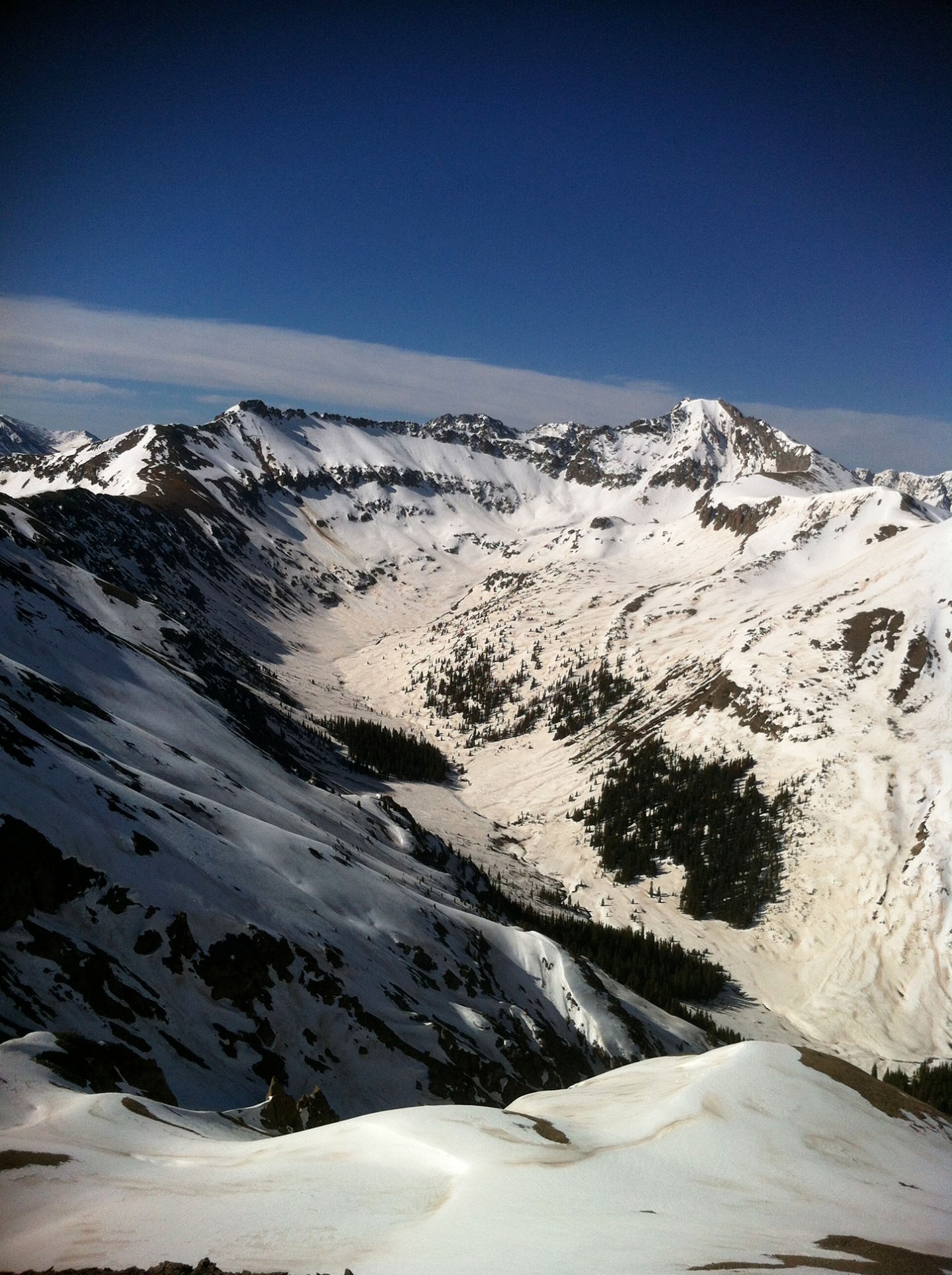 “He not busy being born is busy dying.” 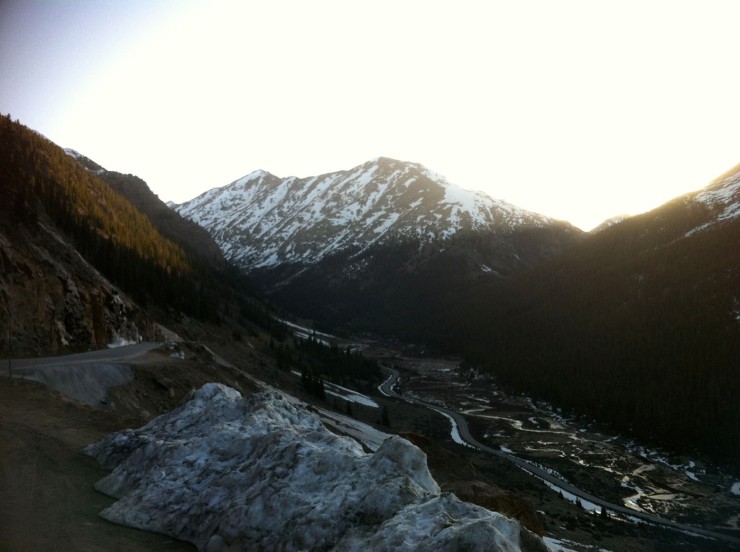 The sun was setting on Independence Pass and I couldn’t find Travis anywhere. Our very loosely made plan involved finding him at “an obvious pull out spot” on the east side of the summit; he would be camping with a small group of his friends. Obviously, I had no cell phone service to give him a call.

I cruised up and down the East side of the pass slowly rolling past the few chilly looking campers. I knew Trav had an Xterra with bright yellow New Mexico plates; I found one with green Colorado plates and did a few low-speed passes with no response from the adjacent group. How could I miss him? 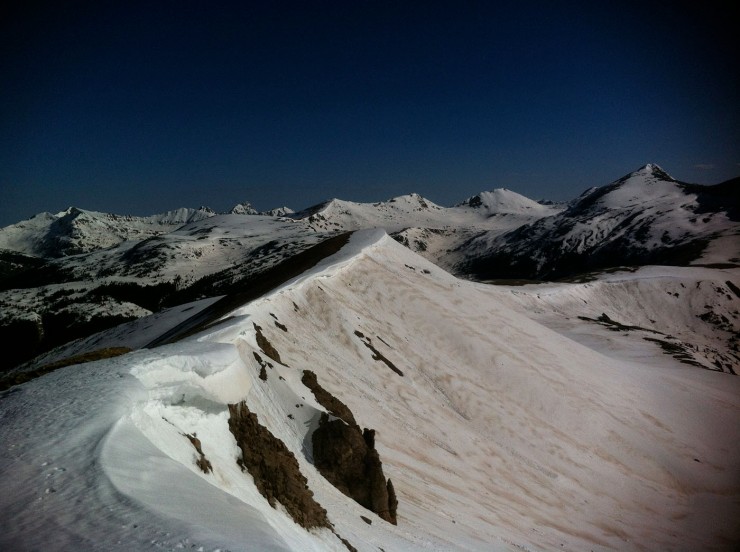 I was coming from an exhausting but fun Memorial Day weekend of camping and listening to music at State Bridge Amphitheater near Bond, Colorado. I had a great time dancing with my wife and friends but, as always, I was trying to fit EVERYTHING into my few days off of work. So I dragged myself up and out of the camping area early. Sleep deprived and with glazed eyes, I left the festival to rush home, pack the ski gear and get up to Independence Pass for the opening weekend of the pass. I was going solo but knew I would find Travis and his crew. 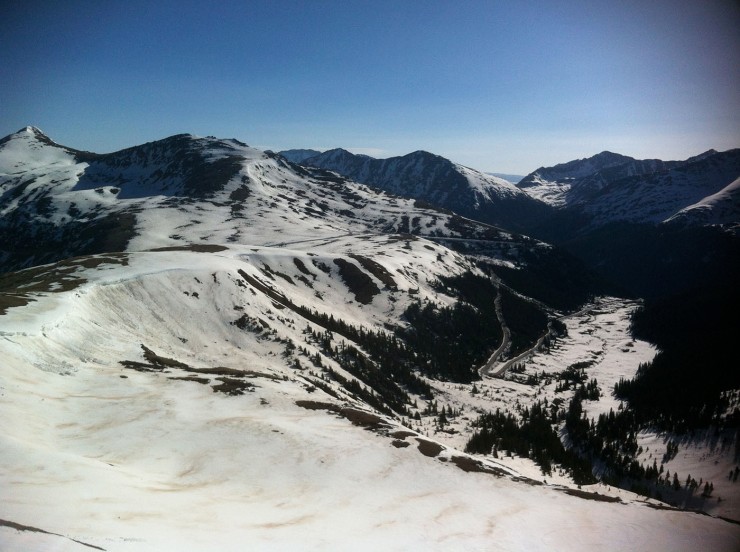 Independence Pass is the highest paved pass in all of Colorado, at 12,095 feet; sitting upon the Continental Divide in the Sawatch Range. In the winter this pass remains closed and ski touring in the area involves relatively long approach skiing. Each year, typically on Memorial Day weekend, the snow is finally plowed from the top of the pass. This clears the passage from Leadville over to Aspen, and skiers arrive for more direct access to the slopes. It can have a festive or tail gating-type feel with barbecues running and old timers poking out from RV’s and Sportsmobiles lining all of the pull-outs. 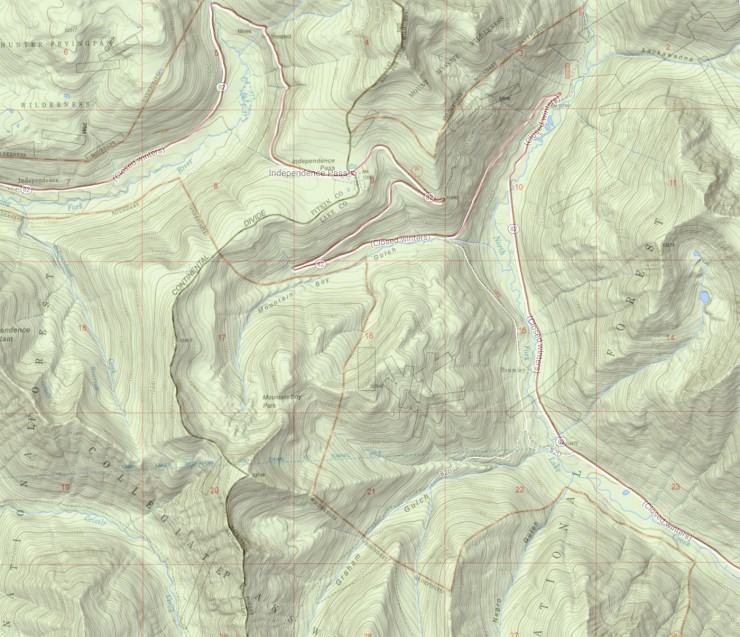 Out of options and with nightfall setting in, I selected a sheltered area on the east side of the pass and set up my hammock for the night. I lay a zero-degree sleeping bag down first, then set another sleeping bag on top of this, helping with insulation from below. Being sleep deprived from the festival, my hammock rocked me into a deep high alpine sleep. I remember just a moment of dazzling stars before quickly drifted off. Maybe I’ll find Trav in the morning…

It was cold and crisp in the dawn air as I ascended the pass from the parking area. Having never found Travis, I had decided I would set out ski touring up from the summit of the pass on my own. With my only morning plan being to follow the sun softening the morning snow around the pass, my skis strode out away from the truck. Immediately the stress and anxiety of logistics, travel and planning fell away. I was skiing. 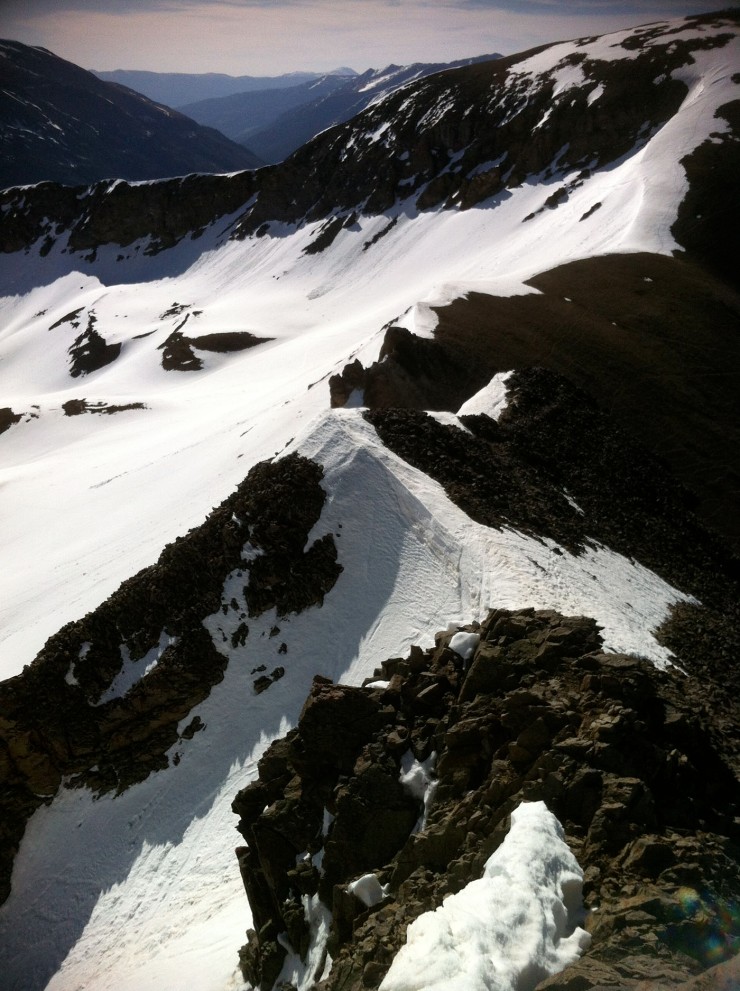 No more than 20 minutes into my tour, on the broad ridge that leaves the summit headed south on the Continental Divide, I noticed another skier headed my way. I hadn’t seen anyone else starting out at the same time so I was surprised; “where did he even come from?”, I thought.

“Hey! Are you out here skiing with anyone today?”, he asked me as he got within ear shot. “No. I’m solo this morning.” I replied. “Well, not anymore. My name is Rainey, You should ski with me. Let’s go.” and he took off without waiting for a reply. I laughed, then fell in behind him as we skied up the ridge.

I should clarify, Rainey was an older guy, looked to be in his early 50’s, had salt and pepper hair and a matching bushy mustache. He had a feather in the band of his broad Indiana Jones hat; he had on summer hiking pants with tall knee-high gaiters, button-up travel-style hiking shirt with a long sleeve thermal top that was patterned like full arm tattoos. This guy looked like a character; best of all – he was on a split board!

I couldn’t have planned a better, more therapeutic day of skiing if I had tried. We ended up spending a long, amazing day in the mountains together hiking almost every peak we saw. Rainey was from Carbondale, CO. He had spent many years in these mountains; his son was a pro-snowboarder in the area (I think). He told tales of he and his son skiing down the steep, classic North Couloir on Grizzly Peak, years ago. We had just met but he was quickly giving me sage advice on work, skiing, mountaineering and life. Meanwhile we were charging up, then back down, transitioning over and over again. He did not seem to be slowing down. I just kept laughing to myself and trying to keep up.

We skied line after line working our way around the basin south of the pass. As we reached the summit of Mountain Boy Peak we were joined by two other older guys; their big smiles implied they too were having blissful day skiing the soft spring snow. The four of us got to the top and looked down south of the summit towards Graham Gulch, the snow looked perfectly sun-baked and smooth for as far as the eye could see. Despite achy legs starting to set in, we all decided to add one more amazing descent and clicked in; heading one more ridge line further away from the car. 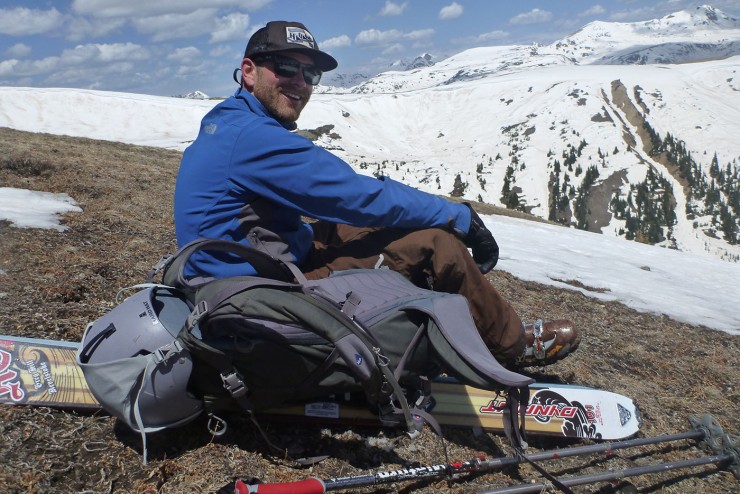 I’ll never forget how these three older guys just took me under their wing for the day. It seemed they all wanted to impart some wisdom upon me prior to the magic ending. I was stressed that I may be worrying my future wife and was mumbling about getting back to cell service when the older guys all intervened. “It’s okay to worry your fiancé while out on solo, all-day, overnight, ski missions. It’s an important way of setting the foundation about how your marriage will go. You have to train her to let you go ski!” I laughed as they talked me into yet another descent.

The four of us skied our legs off that day. We all skied down to the lowest turn on the pass below where one of the guys had left his big old pickup camper. We and a few other hitch hikers all piled in the back and he dropped all of us back on the top of the pass, where my day alone on the summit had started. Truly, a day of skiing that I will never forget.

The next day when I got home I called Trav up to see what happened. “Oh, I just got new license plates last week!” he said. “That Xterra you pulled up to must have been me, I guess I didn’t see you come by.” They had a large group that was up late and didn’t get on the snow until late.

It turns out my hammock was just a few hundred feet down the road from the group. This time, the best thing that could have happened was to never find my friends and to just go at it alone. Sometimes things all happen for just the right reasons.

Rainey sent me a few of these pictures by email a few weeks later and I have never heard from him again. If you’re out there, Rainey, thanks for a great day on Independence Pass! I hope you’re doing well!

If you make it for opening day of the ski season on Indy Pass, check out Lou Dawson’s Brat BBQ. I have never made but hope to someday!

Join 252 other followers
Follow Many Steps Make Mountains on WordPress.com