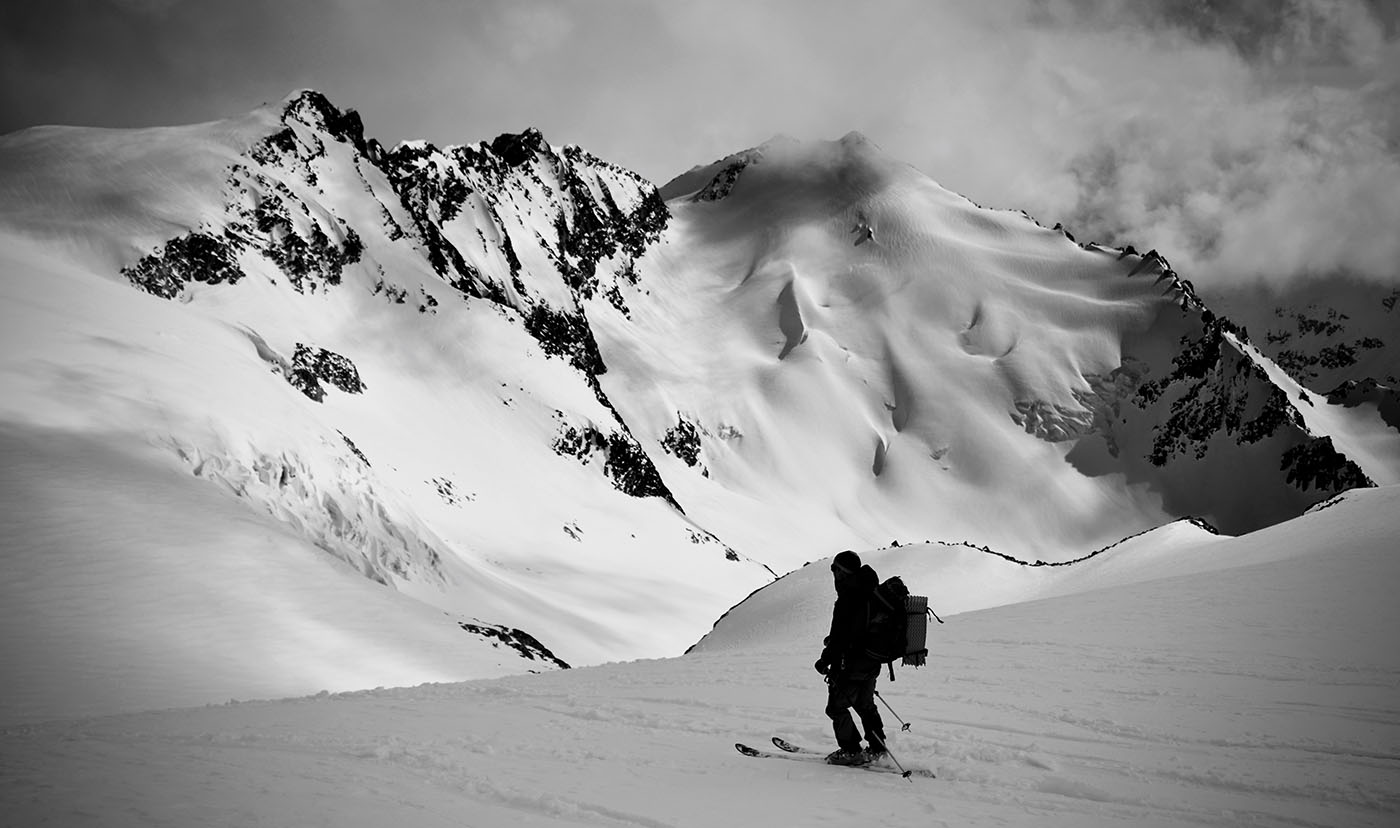 “Life is a series of natural and spontaneous changes. Don’t resist them; that only creates sorrow. Let reality be reality. Let things flow naturally forward in whatever way they like.”
-Lao Tzu

Last April I had the pleasure of completing the Spearhead Traverse in the Garibaldi Provincial Park, British Columbia, Canada. It was a phenomenal experience.

Big mountains and big glaciers. Leaving Blackcomb Ski Area, traveling through 13 glaciers, around 14 mountains and 20 miles of distance, returning back into the Whistler Ski Area boundary. The route climbs approximately 6,000-8,000 vertical feet and involves over 50 transitions between skis and skins. Our group completed the traverse over two nights and three days of skiing.

The traverse can be done in both directions but is most popular in the direction we traveled; from Blackcomb around to Whistler. It feels odd and unique to be in such a resort village environment while setting off into the mountains for multiple days. Our group certainly drew some glances from the ski school line while trying to negotiate the maze with skis, poles and a large 3-day pack.

Though I’ve never been, I am told this is a very European start to the multi-day ski tour; croissant and espresso in hand at the start and micro brew available at the finish. I could get used to this!

Called the ‘Haute Route of North America’, this traverse is an amazing combination of glaciers, alpine peaks, ski descents and a distance tour – a classic on all accounts.

“Remember, this is a traverse” Kurt, our guide kept repeating, as he saw the look on my face while glancing down at the potential turns below, continuing to stay high holding my edge across the slope.

“Crossing 12 glaciers on a traverse of the Spearhead Range, the route stays above 2,000 meters most of the way, allowing for amazing skiing and spectacular views”, say Canada West Mountain School’s website. The Spearhead is a Canadian, as well as world-class, classic ski traverse at around 33 kilometers (20.5 miles) in length, taking at least 2-3 days to complete.

It is remarkable to think of Karl Ricker and his crew who first pioneered the horse-shoe shaped ski tour back in 1964. The group of four was part of the University of British Columbia’s Varsity Outdoor Club and consisted of Karl as well as Chris Gardner, Alistair MacDonald and Bert Port. The 40 kilometer route had been proposed by prior VOC members in 1954 but had been failed due to inclement weather. Karl camped for his first of 9 days on the trail at the same location that I bought an espresso to sip on the chair lift up to the top of Blackcomb.

We were a team of three making our way around the circuit and we moved fairly efficiently through the terrain. The first day was somewhat overcast and it was difficult to get a sense of exactly where I was in the mountains and what kind of exposure surrounded us.

The second day was sporadically more clear with coastal winds blowing through patches of clouds. We had just amazing periods of clearing with glimpses of the glaciers and mountains of these beautiful Pacific Ranges. We unloaded some of our overnight gear in the snow and climbed to the summit of Mount Macbeth for a diversion and some more vertical skiing.

The temperature was supposed to climb quite a bit on our 3rd day so we were trying to get through the exposed sections of glacier travel prior to dealing with the hazard of rapidly warming temps as well.

Rapidly warming temps and rain water moving through the snow pack caused our group to by pass another night out under our tent shelter and make a push to the Himmelsbach Hut at Russet Lake.

As we were moving through the Iago, Fitzsimmons and Overlord Glaciers, the visibility decreased and our forward progress slowed. Out of concern for falling into an unseen crevasse we roped up and Kurt even tied a rope to his pole to whip it forward onto the ground, giving it some definition in the whiteout.

We awoke in the morning to sunshine on the hut. The temperatures were once again rising quickly so we decided to make the most of the fields of ‘corn’ all around and started spinning hot laps up and down the warming snow. 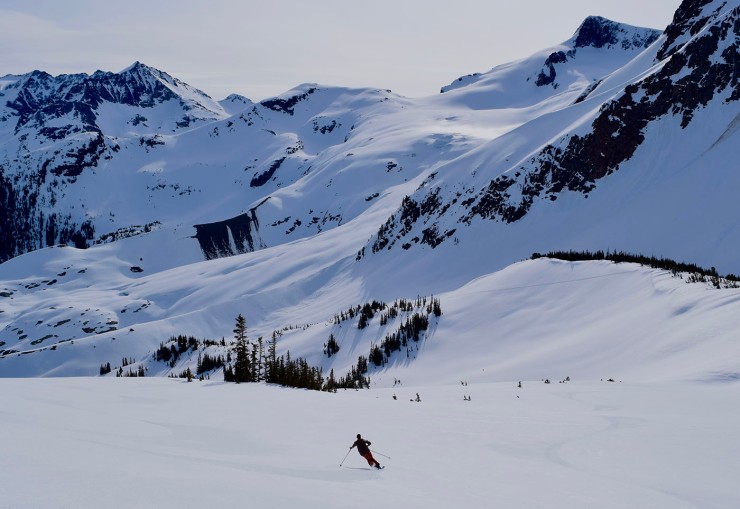 Before too long we returned to the hut and threw packs back on for the final push to Whistler, which involved a few more transitions and going over Singing Pass.

As we found ourselves back in the resort the snow had turned to heavy wet glop at these lower elevations. We even had to descend the gondola due to low coverage and closed runs accessing the village at Whistler.

I completed this trip with the help of Kurt Hicks and Pro Guiding Service out of North Bend, Washington. PGS is a reputable guide service run by legendary Swiss-American mountaineer Martin Volken. Check out their link below.

The Chondolas of North America

How to Choose the Right Sleeping Bag for Your Next Adventure