“When you leave a beautiful place, you carry it with you wherever you go.” 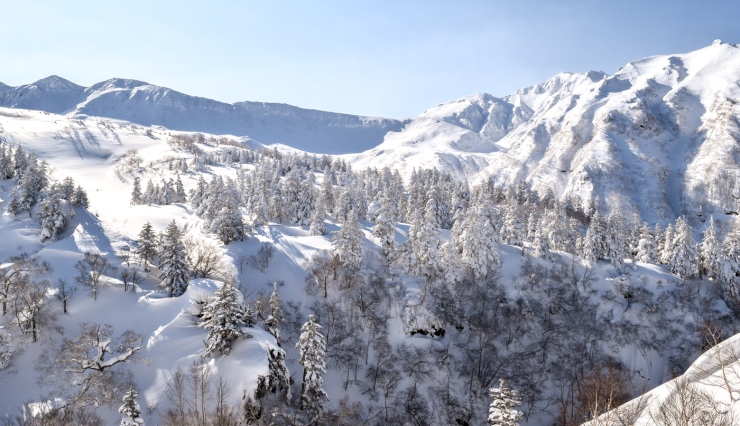 Tokachidake! The crown jewel of our trip to Japan – and we discovered it on our last day here! This area had been recommended as a great location with amazing backcountry skiing all around it, some even claim it to be the ‘Roger’s Pass of Japan’ – which is quite a statement. Well, we only scratched the surface of what this zone clearly had to offer. Isolated location, unique and beautiful muddy red clay watered onsen, blue bird sunny skies and amazing terrain – what more could anyone ask for? 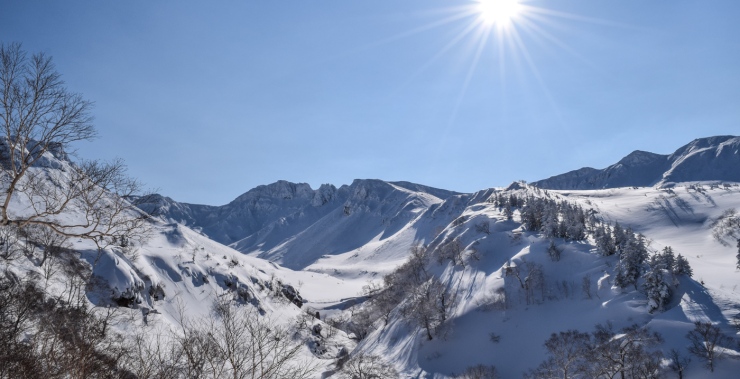 Tokachidake or The Tokachi Volacano, stands tall at 2,077 meters or 6,814 feet – this is another of the Japanese stratovolcanoes in the Daisetsuzan National Park – and – this one is also an active volcano. The last eruption was in February of 1988 when, over the course of a few months a plume of ash was ejected from the top. There were no eruptions while we were visiting, which was good.

Over the course of the morning of skinning up the peaks, we continued to hear large booming percussive blasts. At first I thought it must be avalanche control but the blasts were so impressive you could feel them impact your body. As we passed some European guys on the skin track we asked about it and they heard that it was the Japanese military training at a nearby base. 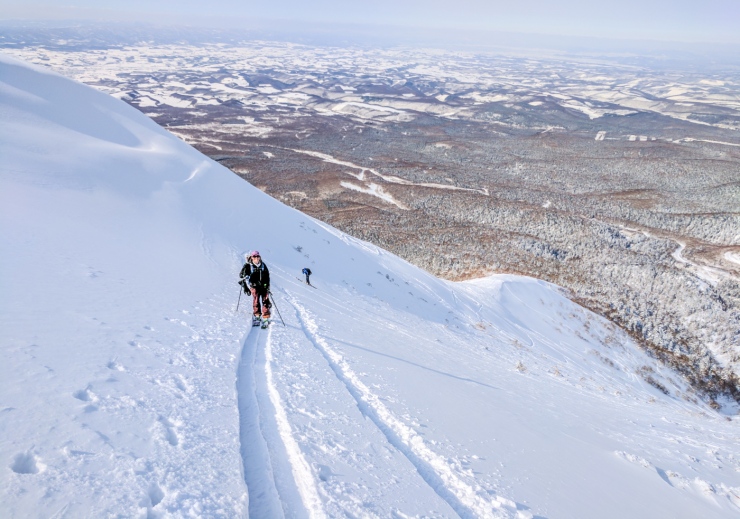 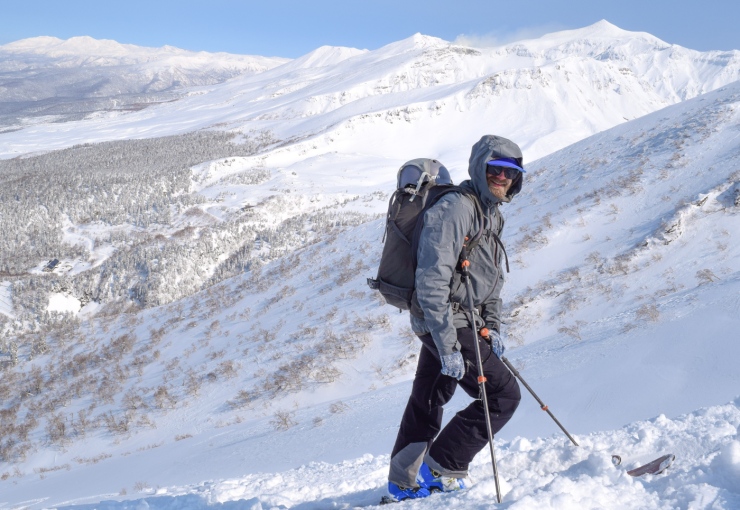 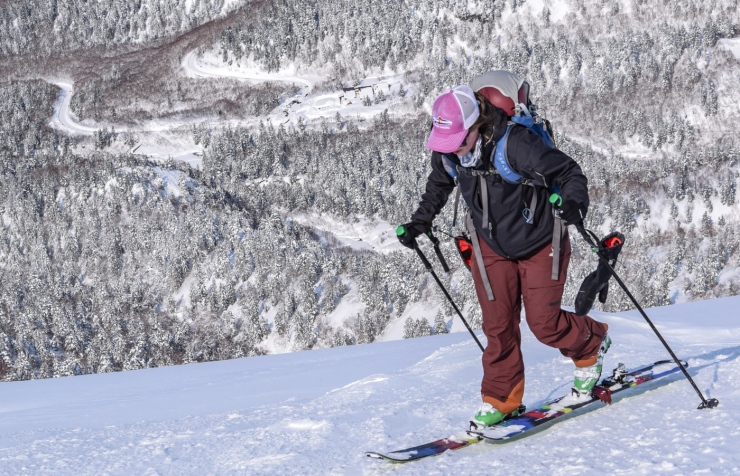 Lindsay nearly fell down into the hot springs coming down from the volcano. When I turned to run and help her up she yells, “Take my picture.” So I stopped trying to help her and documented the moment…  Ridiculous!

After a perfect last ski day in Japan we took a dip in the onsen. This onsen has uniquely red brown clay colored water. As the steam rose around me and I looked out over the tall snow berms to the gorgeous ridge of skiable terrain, I thought “I think we nailed it!”

This concludes the ski posts from our adventure in Hokkaido, Japan. I’ll post one more with a collection of random photos and a few general travel stories. Then I’ll stop bugging you guys with picures of Japan….

Join 252 other followers
Follow Many Steps Make Mountains on WordPress.com